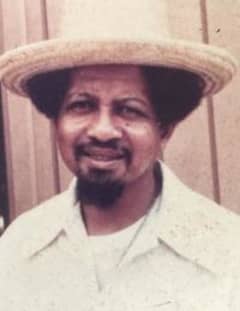 George Pendleton Sr., 85, Of Toledo passed away Thursday January 16, 2020 in Mercy Health St. Vincent Medical Center. George was born in Mobile, Al to the late Rufus and Bernice Pendleton. Besides his parents, George is also preceded in death by his brother: Rufus Pendleton Jr.

George enjoyed playing the numbers. He was a loving father, grandfather, great grandfather, brother and friend to so many. He will be deeply missed!

Habegger Funeral Services is humbled and honored to assist the Pendleton family. We invite you to share a fond memory or condolence by visiting www.habeggerfuneralservices.com

Mr. George was it will always be my dude he loved to talk about stories of his life his kids and everything he is truly a special type of guy he will be greatly missed and know that he was abundantly loved please contact me was information about his services because I would appreciate being allowed to show my respects to my friend thank you
- Sherri Gibson