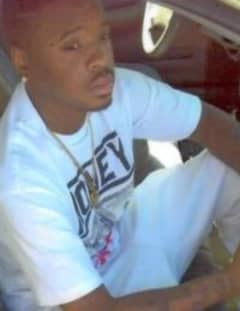 Noah Deon Davis, 29, of Toledo, OH went to be with the Lord on Friday, July 26, 2019. Noah was born on December 14, 1989 in Toledo to Larnene and the late Wylie Davis. Besides his father, Noah is also preceded in death by his brother: Matthew Joseph Davis.

Noah was a graduate of Woodward High School, he loved to play basketball, and Noah especially enjoyed being around his family.

Visitation will be held at Greater St. Mary Baptist Church 416 Belmont Ave, Toledo, OH on Saturday, August 3, 2019 from 10:00 A.M. until the time of the funeral ceremony at 11:00 A.M. with Pastor Rome officiating. Burial will follow at Historic Woodlawn Cemetery.

Habegger Funeral Services is honored to serve Noah's family. We invite you to share a fond memory or condolence by visiting www.habeggerfuneralservices.com

MAY THE SOUL OF THE FAITHFUL DEPARTED REST IN PARADISE FOREVER. GOD'S CHEERLEADER & VOICE
- TYRESE ABERNATHY