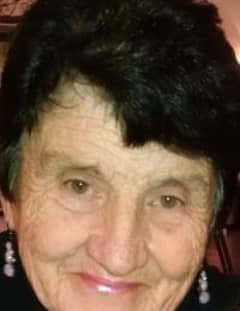 Mabel White, 84, of Napoleon, Ohio passed away Sunday August 4, 2019 in Henry County Hospital in Napoleon. She was born to Albert and Albie White on September 23, 1934 in West Dante, Virginia.

She volunteered at the Welcome Center at the Henry County Hospital and was a long time member of The Moose Lodge, Napoleon, Ohio. Mabel loved to entertain large groups of family and friends who meant everything to her! She loved to travel and made it to 48 of the 50 States of America.

Funeral services will be Sunday August 18, 2019 at 4:00 pm at Apostolic Christian Center, 440 Independence Drive, Napoleon, Ohio. Private family visitation will begin at 2:00 pm with public visitation at 3:00 pm and service at 4.

Habegger Funeral Services is honored to serve Mable's family. We invite you to share a fond memory or condolence by visiting www.habeggerfuneralservices.com

My heart goes out to Mabel's family. She was a special person. A good friend.
- Becky Snyder
I work with Mabel in the can plant at Campbell Soup she was always smiling and was a great person to be around. Need more people like her in this world.
- Kim Helberg
Loved going to her house for cook out. Will miss her
- Tina blossom
I worked with Mabel for a lot of years at Silgan Can Manufacturing. Always was with a smile n telling jokes. Loved her to pieces. She so loved traveling n we looked for her to tell us about her adventures. She was a kind lady always going out of her way to please others. She will be sadly missed. I used to talk to her on break at McDonalds. R.I.P.
- Dianna Garza
We will always remember Mabel as always a smiling, sweet, and friendly lady. She enjoyed life and will be missed greatly.
- Bill & Jan Reed