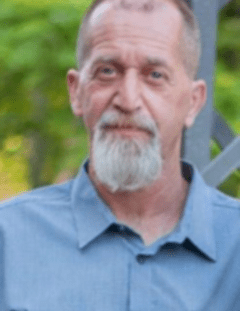 Obituary for Kenneth A. Searight

Kenneth A. Searight, 56, of Clyde and Findlay, passed away unexpectedly on Tuesday Feb. 25th, 2020. Ken was born on March 14, 1963. Ken is survived by his mother, Marilyn; son, Kenneth; daughter, Lindsay; sisters, Lori, Patty, and Shelly; fiancé, Vanessa; and loyal pit bull, Whetto. There will be nothing traditional about this obituary as there wasn’t much that was traditional about Ken’s life. His story will be described in a way using the phrases and memories that those who knew him have heard as well as shared over the years. Ken was employed at multiple factories in western Ohio throughout his life including: Jaynesville Products, Cooper Tire (Millwright/Fire Brigade), and Autoneum (Maintenance Technician). Though Ken’s favorite adult pastime was informing his administrative supervisors how they screwed up and educating them on the union contract, he was widely known as a hard worker. He was described by Autoneum as a throw back old school kind of guy that came to work every day and could be counted on to do things the right way. Ken was also a self -proclaimed word wizard who could conjugate four letter words in a way that made French scholars jealous. His meticulous nature carried over from work into his home life. Ken never met a pile of laundry or sink of dishes that somebody shouldn’t have already washed. Ken contemplated changing his name to a traditional cat name like “Fluff” or “Morris” as he believed that he had 9 lives after surviving multiple near death events including a truck accident in which his pick-up rolled several times into a field and a motorcycle accident that left him without a knee cap and a titanium joint in his leg. When doctors would suggest the amputation of his leg, he would firmly respond that he was put on this earth to work and ride a Harley not sail the seven seas. Though he lived his life in a take it or leave it manner he was a very loyal friend and was united to many through the brotherhood of the motorcycle community. Though he did not regularly attend the tabernacle with the holy rollers, he firmly confessed that the only logical explanation for his survival and renewed relationships with his family was the existence of a higher being he referred to as God. As a lasting legacy to pay it forward, Ken was able to help two people live better lives through the donation of his eyes. A celebration of life will be held at the Moose Lodge in Clyde at a future date. In lieu of donations or flowers you are encouraged to do what Ken would want: On a nice sunny day, fire up your Harley Davidson and ride the roads of Northwest Ohio to remember a man that despite his flaws was a loyal friend and hardworking employee who lived his life without apologies.

Habegger Funeral Services is humbled and honored to assist the Searight family. We invite you to share a fond memory or condolence by visiting www.habeggerfuneralservices.com

Honor the life of Kenneth A. Searight

Please share a condolence, photo or memory of Kenneth. We welcome all condolences that are positive and uplifting that will help family and friends heal.