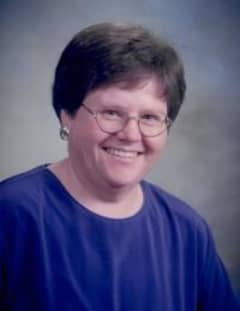 Obituary for Karis A. Box

Karis was preceded in death by her father, Boyd and her beloved cat Sam. Surviving are her mother, Donna Box; her brothers, Doug (Cindy) and Joe (Becky) Box; her nephews, Geoff, Wes, Jason and Dan; and her great nieces, Lilian, Emma, McKinley and Madison. She enjoyed time with her family especially her great nieces and was looking forward to meeting Madison.

Karis enjoyed getting things done. She grew up on a farm. She had many 4H projects including sewing, sheep and cattle. She was first in her Grand Rapids High School graduating class and served as senior class president. She was a Detroit Tigers fan and played softball over the years. She played with the Maumee Community Band for several years. She was a quite person who enjoyed outings with her many friends.

Any donations should be made to the choice of the donor.

Habegger Funeral Services is honored to serve Karis’s family. We invite you to share a fond memory or condolence by visiting www.habeggerfuneralservices.com

Honor the life of Karis A. Box

Please share a condolence, photo or memory of Karis. We welcome all condolences that are positive and uplifting that will help family and friends heal.